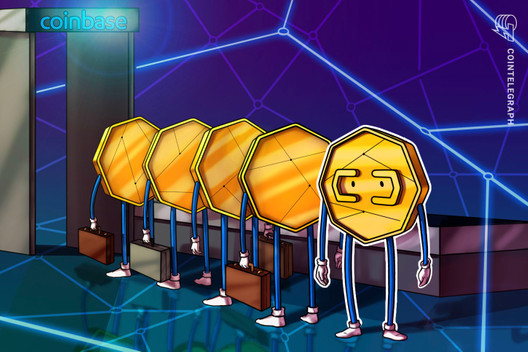 The largest cryptocurrency exchange in the United States is considering offering support for a variety of new digital assets.

Coinbase did not give a timeline for listing these assets. The blog said the process required “significant technical and compliance review” in addition to some regulatory approval.

“We will add new assets on a jurisdiction-by-jurisdiction basis, subject to applicable review and authorizations,” the announcement stated. “Our customers can expect Coinbase to make future, similar announcements as we continue to explore the addition of numerous assets across the platform.”

Coinbase Custody, the international institutional cryptocurrency holdings arm of the exchange, appears to have accidentally announced stablecoin Tether (USDT) would be part of the token expansion in a Tweet earlier today. However, the announcement referencing USDT on Coinbase has since been deleted.

When Coinbase adds support for new digital assets, bullish behavior can often follow. Cointelegraph reported that when the exchange announced it would be adding Stellar Lumen (XLM) in March 2019, the token gained around 5.66 percent on the day. Much of MakerDAO’s (MKR) recent doubling in price has been attributed to it being added to Coinbase.

Previous Article
Here are the Simple Factors Signaling Bitcoin is Primed to Plunge
Next Article
Over a Dozen Top Crypto Assets Are Up Over 10% Today: Here’s Why